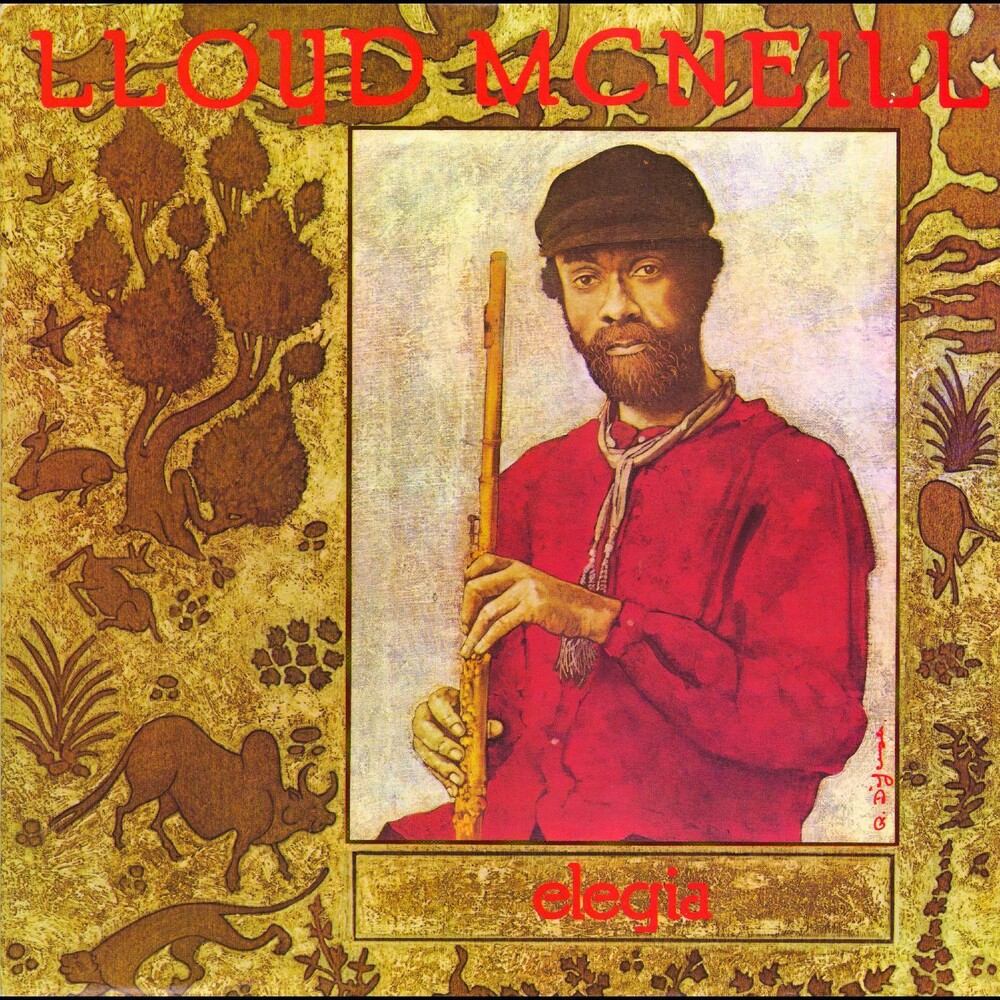 Limited vinyl LP pressing. Soul Jazz Records are releasing flautist Lloyd McNeill's album Elegia (1980). Originally released on the artists own private press Baobab label in New York, the album is a serious collectors piece, a heavyweight and fascinating fusion of deep spiritual jazz with Brazilian rhythms and melodies. The album has been out of print for nearly 40 years. This groundbreaking album is the culmination of Lloyd McNeill's many years involved with Brazilian musicians and features the great percussionist Nana Vasconcelos alongside fellow Brazilians Portinho and Dom Salvador, and US jazz musicians including bassist Cecil McBee. In a 50-year musical career, McNeill has worked with many artists including Nina Simone, Eric Dolphy, Mulatu Asatke and Sabu Martinez. McNeill grew up during the era of the Civil Rights Movement in the 1960s and his life and work is a reflection of those ideals. All of his music was only ever released on his own private-press record label, echoing the Civil Rights and African-American themes of the era black economic empowerment and self-sufficiency and there is a beautiful spirituality in all his music. In the late 1960s McNeill became a teacher of both jazz and painting at the New Thing Art and Architecture Center in Washington and in 1969 was the first African-American professor hired to teach African-American Music History, at Rutgers University.