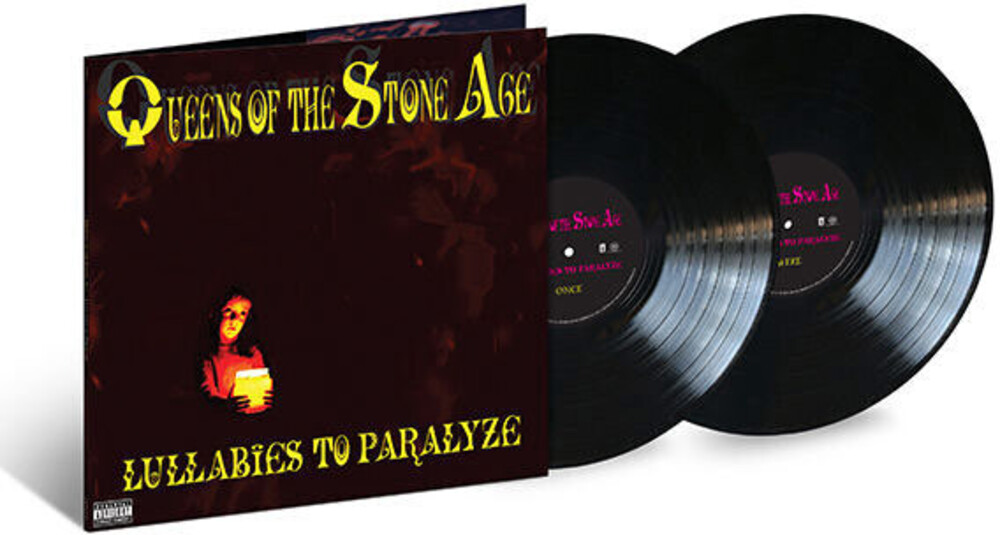 Double 180gm vinyl LP pressing in gatefold jacket. Includes three vinyl-only bonus tracks: "Infinity", "Like A Drug" and "Precious Grace". Lullabies to Paralyze is the fourth studio album by American rock band Queens of the Stone Age, originally released in 2005. The album debuted at #5 on the Billboard 200. The album has been certified gold in the UK, where it has sold over 100,000 units. It is also the band's first album to be released after Nick Oliveri was fired from the band. Josh Homme and Mark Lanegan are the only members from the previous album, Songs for the Deaf, to play on this album and it is the first album to feature drummer Joey Castillo and guitarist Troy Van Leeuwen.