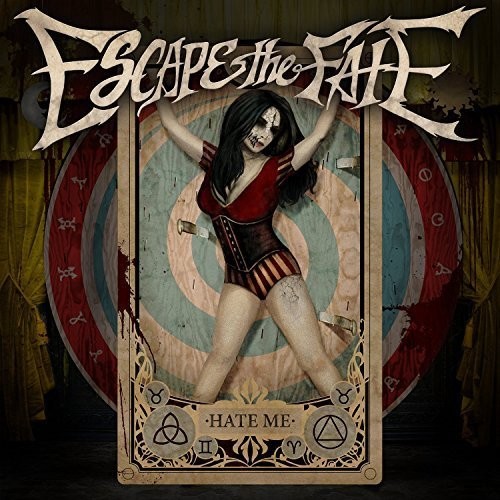 Vinyl LP pressing includes digital download with bonus tracks. Escape the Fate's new album, Hate Me is titled such because, "lyrically, a lot of these tracks are based around the hate we've received over the years and just embracing that and using it to our own advantage," says lead vocalist Craig Mabbitt. "I've had to step up to the plate lately, for the fans as much as anything else, because they take the name Escape the Fate very seriously and I owe them something for that, for all the support they've shown us over the years. It's very humbling for me to be able to listen to this collection of songs and think about where we've come from and what we've been through to get to this point." The highly anticipated new effort, follows up 2013's Ungrateful and features lead-off track and album anchor, "Just A Memory." What we are about to witness, with Hate Me, is a re-incarnated, reborn, rejuvenated Escape the Fate firing on all cylinders once more. This is a band that, after a 10-year tenure, are still as hungry as they've ever been. The message from the Escape the Fate camp is louder and clearer than it has even been in the past: "We're coming for everyone and we aren't taking any prisoners!"